“Overall very clean, and nice hotel. Booked through expedia and was told I needed to pay an extra $25 on top of the hotel stay when arriving to check in. Didn't know that at the time that it was an extra sum of money I had to pay, I thought it may be a place holder for booking through a third party, but it was an extra charge. Wasn't explained to me well, and didn't notice till after the stay. We get to the room it was exceptionally clean and my partner and I were excited to have a good nights rest before heading home. About an hour into our stay (around 7 pm) the upstairs guests were super loud, running in their room, yelling, and honestly sounded like they were destroying the room above us. We called around 8 for this because the sound disruption was constant and we wanted to get to sleep early. The front desk told us that they weren't allowed to go and tell the upstairs guests to be quiet because quiet time was from 10 pm to 8 am.. we requested a change of rooms and they said we weren't allowed to do that. We had about an hour of relief from the disruptive sounds, then they started up again right at 9:30 pm. We waited until 10 pm and called the front desk once again because it hadn't stopped. They said they would "do something about it". An hour later still, the constant noise. Finally, we called the front desk again, this lady did allow us to change rooms, on the same floor as the disruptive guests but at the opposite end of the hall. We packed our stuff and moved to the different room, which was what I assumed was a suite. We had breakfast the next morning, which was very filling and tasty. The breakfast was the most appealing part of the stay.“

“I have stayed at many HI Expresses and found this one to be one in the Top Tier. This is a relatively new property that is clean and well maintained, and staff obviously makes efforts to maintain that. For example, breakfast related coffee spills by the elevator are attended to quickly. The Breakfast staff obviously works hard to maintain a clean and well-supplied meal choices. The Rooms are comfortable; mattresses are firm buy not overly so. Air conditioners are non-intrusive. Housekeeping is by-request, but is responsive and thorough. Front desk staff is friendly and efficient. My thanks to GM Tim Newman for his assistance in resolving a matter that arose during my recent 7-night stay.“

“This place had the most FRIENDLIEST staff I have ever encountered at a hotel. The girls at the front desk were extremely kind and the gentlemen at the breakfast was the most sweetest and made sure everyone was taken care of. The rooms were very well stocked and very clean! I return to this hotel based on the fantastic customer service and beautiful rooms.“

“Staff is incompetent. When I arrived they asked for a credit card specifically for incidentals since it had been paid for via a different company. I made sure of this and the person told me that they had already charged the company. Well it turns out she overrode that credit card and my card got charged with no receipt sent until I called and asked for one. The room was okay and clean enough. The common area for breakfast was grungy. Would stay somewhere else for the money.“

“I travel quite regularly and I am used to the hotel life. This has been by far the very worst experience of my life!! The list is way to long to talk about everything wrong at this hotel. Incompetent staff is at the top. The bright spot was lyzzi. The only reason this place would ever deserve 1 star. Absolutely stay away from this hotel!!“ 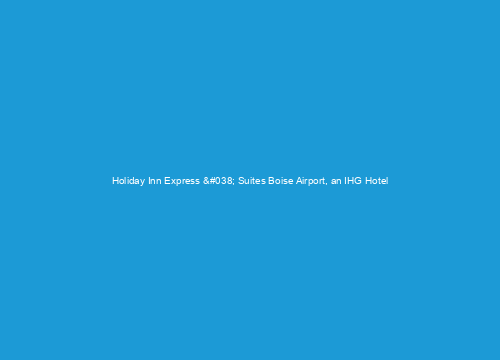