“This place is great! It appeared to be well kept. The exhibit displays were fabulous! The room with hands on STEM activities was so interesting. My grandchildren aged 4, 5, & 9 had a great time. My adult daughters and I enjoyed ourselves very much too. I can't wait for my husband to go there with me when we take our other granddaughter!“

“My experience with staff has been pleasant. And Pam in membership is wonderful and kind! We have been awed by their current main exhibit “Exquisite Creatures” which we spent way more time experiencing than we had anticipated. And after receiving a gift membership for our family, we were excited to support this establishment. All this makes it sad for me to express my frustration for another less-than positive experience in the kids area. Unfortunately both times that we have gone – one time at a not so busy time, and another one during spring break – there were no volunteers in the toddler area. This is unfortunate only because the many ignorant, selfish, and/or illiterate adults who decided on both occasions, to ignore the NUMEROUS signs (three large detailed signs, PLUS 2 full-sized STOP signs) which explicitly detailed that the area was for four and under only. Because of our first experience, I asked the very kind young man at reception, if there was a volunteer in the toddler-kids area, to which he assured me there was. In the approximate hour we were in that area, I never spied one (at least not anyone who appeared to be a volunteer or who was doing anything about the numerous overage kids in the toddlers area.) I understand help is scarce, but I would put someone there. One obviously overage young man decided to stack all the cushions while his mother looked on lazily as he began to punch it to knock it over. There’s a reason it’s for four and under.“

“The exquisite creatures exhibit was cool but the same exhibit is closer to $10/ person when held in other locations. The kids spent a little while in the hands on area but after about 45 minutes they have exhausted everything there is to do. While it's cool, value wise the museum just isn't worth it. Not sure why the price is so high.“

“Super great toddler park ( ages 2-5) just a three minute walk behind the center in discovery park. Nice outdoor play park equipment for the very young with adult supervision. Somewhat fenced and has nice seats for adults as they watch their kids playing.“

“This is a pretty expensive spot if you only plan to visit once or twice. A membership isn't super cheap, but there are attractions for toddlers as well as for older kids and adults. On the other hand, there are new exhibits fairly often and if coupled with a day out in the park or something like that, could be a nice experience. I'll update after the next visit if anything new needs to be added.“ 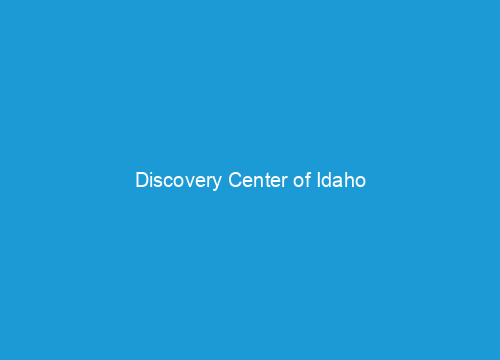