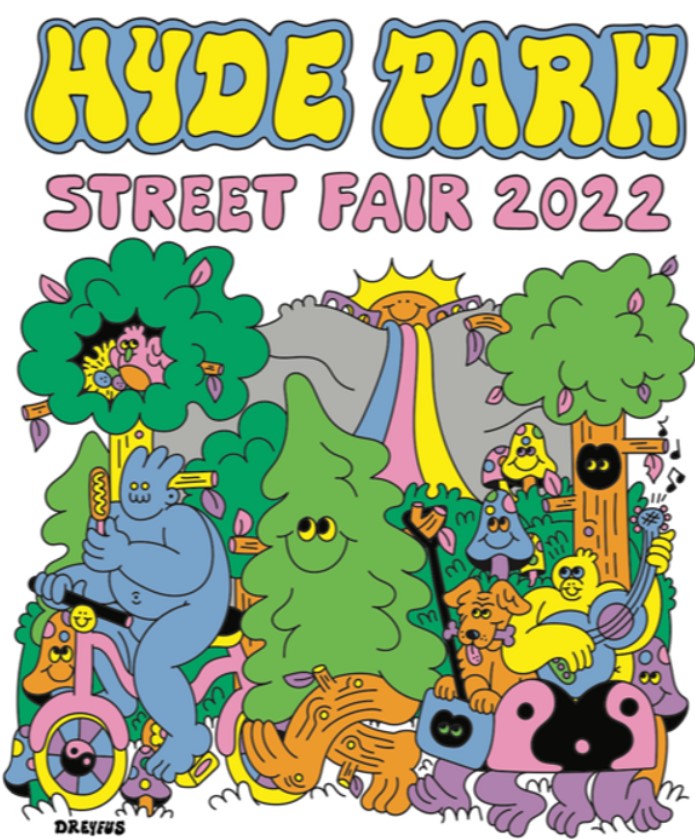 Hyde Park Street Fair 2022 will be held September 16th, 17th, and 18th, in picturesque Camel’s Back Park in the heart of Boise’s historic North End neighborhood. Three years since the event was last held in 2019, the North End Neighborhood Association (NENA) is excited to welcome fairgoers to Camel’s Back Park once again.

To celebrate the Fair’s return, NENA is thrilled to announce a collaboration with Boise resident and nationally recognized artist Ashley Dreyfus. Ashley’s work has been commissioned by Specialized Bicycles, Pabst Blue Ribbon, Urban Outfitters, Pandora, Verizon, and the band Phish, among others, but in a twist of Street Fair fate, Ashley sold her art for the very first time at Hyde Park Street Fair when she was still a student at the North End’s own Boise High School. Ashley’s art, which captures the colorful and free spirit of the Fair, will be featured on posters, t-shirts, hoodies, and other merchandise that can be purchased at the NENA Information Booth during the Fair weekend.